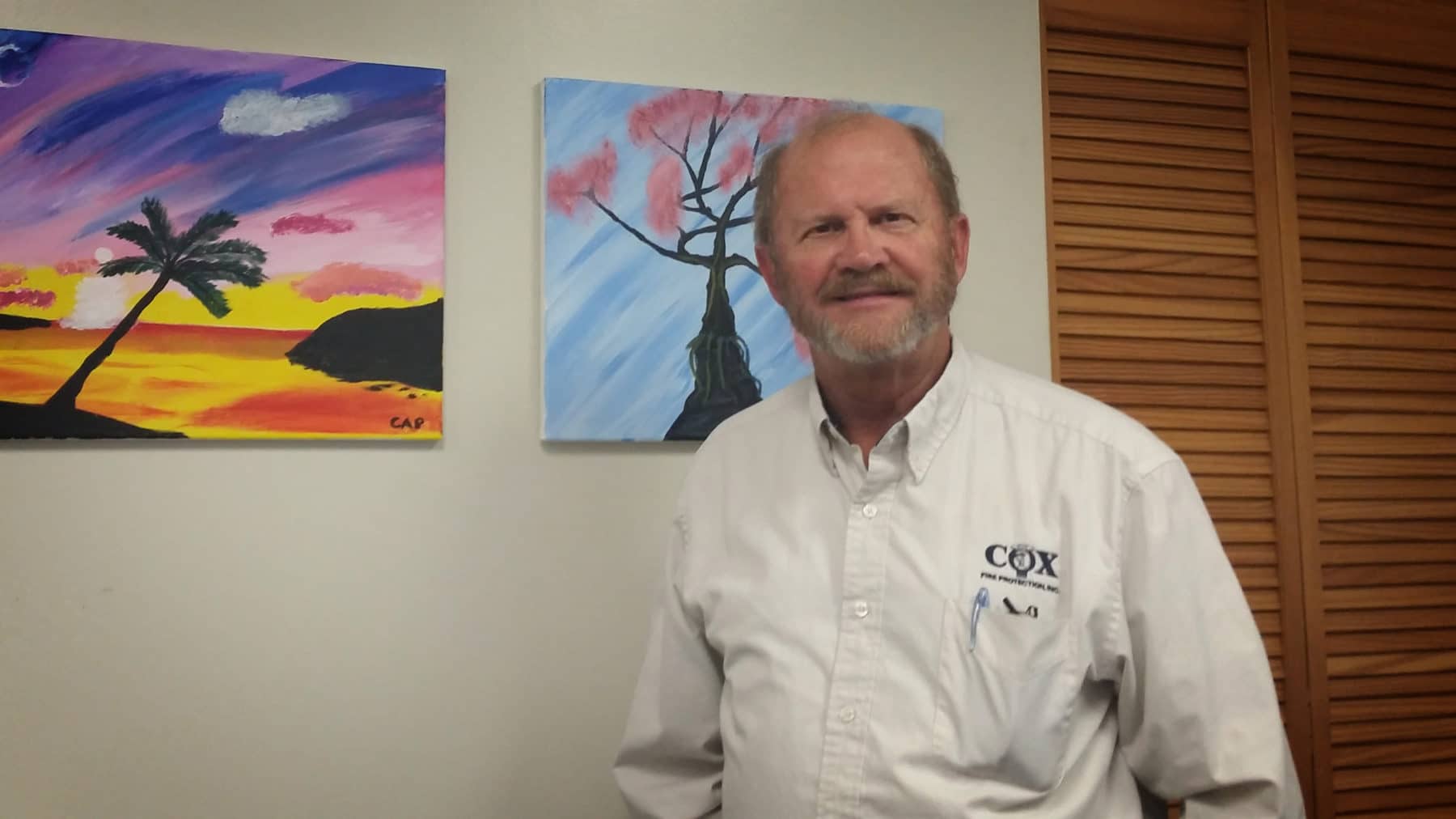 Big things are happening in Cox Fire’s Jacksonville office!  For anyone who has been in the fire protection industry for any length of time, the name Allen Perry is one that is well known and well respected.  When asked to describe Allen – words like “dependable, hard-working, kind, knowledgeable,” and “decisive” are heard repeatedly.  We are very happy to announce that Allen has accepted the position of branch manager for our Jacksonville branch, and as such, will be responsible for Cox Fire’s work in North Florida and Georgia.  Allen started in the industry in 1974 with Moore Pipe and Sprinkler and has held his Florida and Georgia fire protection contractor’s licenses for many years.  In 2013, Allen was hired as a contract salesman for Cox Fire, and since that time has cultivated strong and enduring customer relationships that are nurtured with donuts, yogurt and chocolate covered strawberries on a regular basis!

When Allen is not working he’ll most likely be found outdoors fishing, golfing, at ballgames or working in his yard.  Most important in his life is his marriage to his long-time sweetheart Janet, and they share 3 children, 2 grandchildren and another grandchild on the way.

Cox Fire is very proud that after 40 years in the industry Allen chose to join Cox Fire in 2013, and has chosen to make his home here.  We are excited to see how the future unfolds under Allen’s extraordinary leadership!