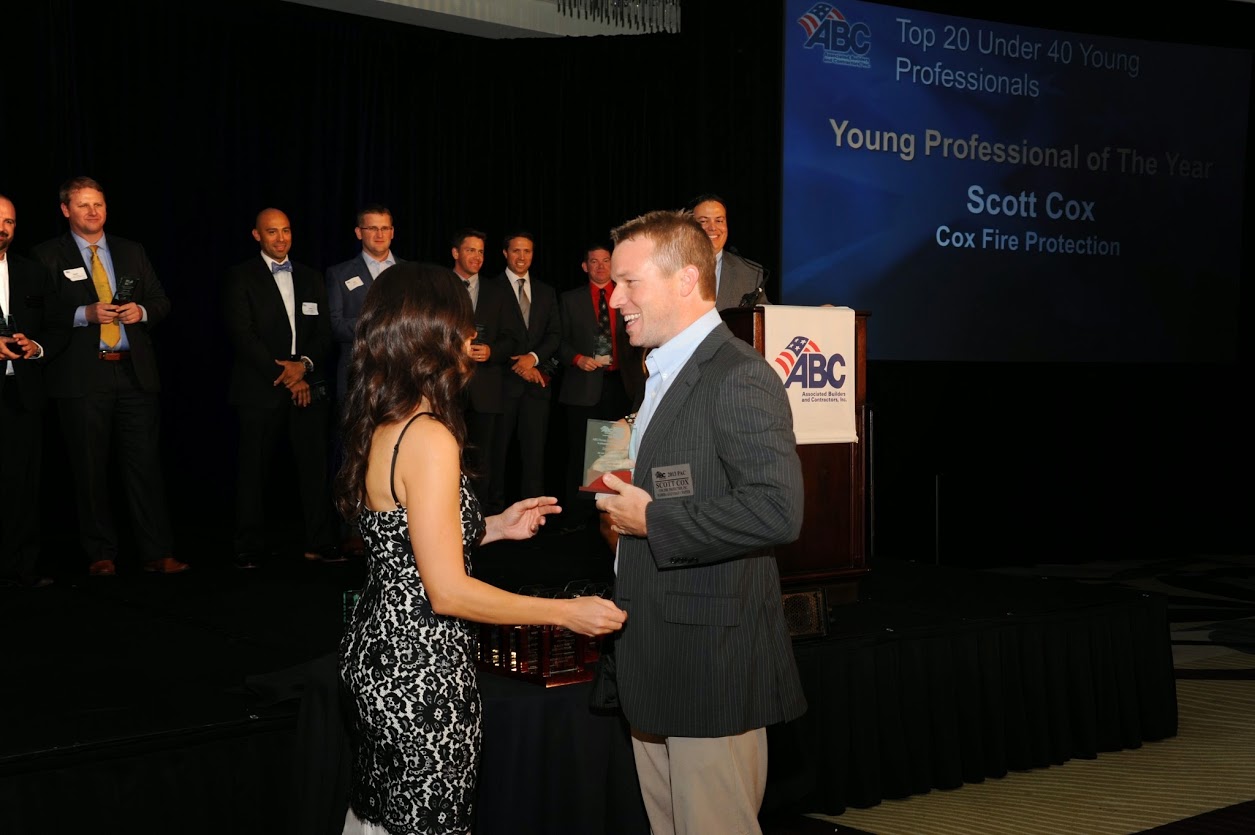 The top 20 under 40 Young Professionals of the Year were named at ABC’s 2015 Excellence in Construction awards. Young professionals who represent the most respected young leaders in the Gulf Coast region of Florida were called to the stage to be recognized for the their contributions to the construction industry. Steve Cona III announced the final name for recognition and announced that this year ABC was recognizing a Young Professional of the Year for Florida’s Gulf Coast Chapter. Scott Cox was named ABC Gulf Coast Chapter’s 2015 Young Professional of the Year. Scott was recognized for his many contributions to Florida’s construction industry – including being a Co-Founder and Co-Chair of ABC’s cutting edge NexGen Program, serving as a past chair of ABC’s Marketing Committee, serving on ABC’s National Young Professional’s Committee, and representing Cox Fire Protection as Vice President and Director of Preconstruction Services. Congratulations, Scott! You are truly deserving of this award!.